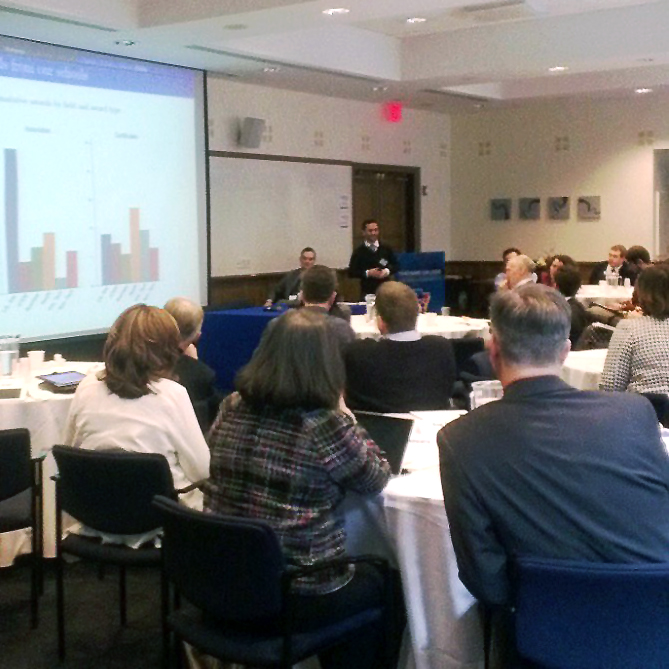 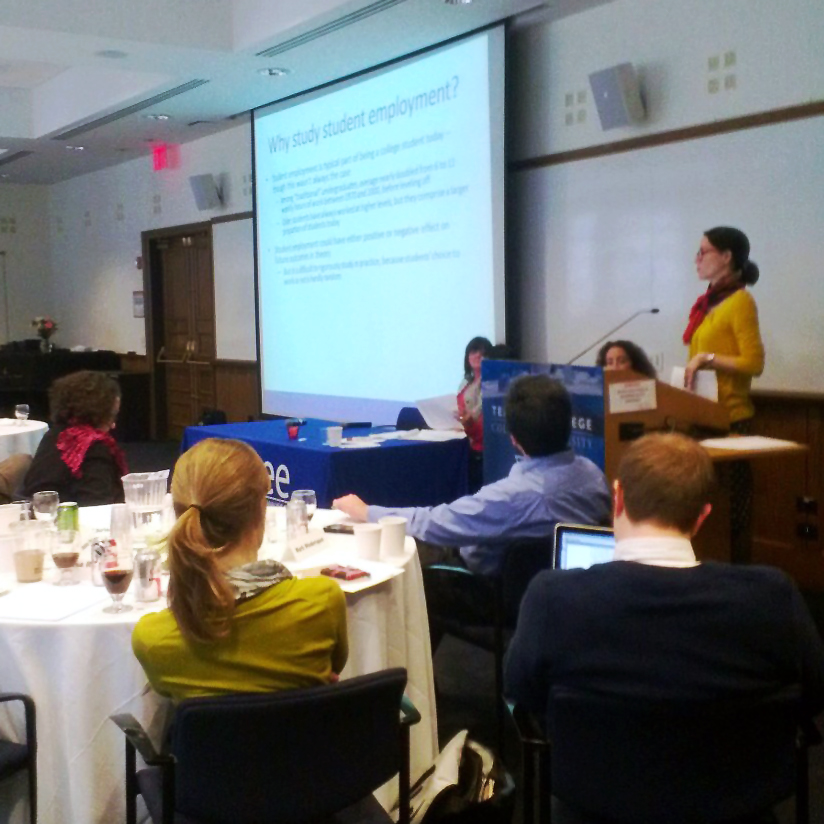 NEW YORK, NY (March 8, 2013) — In the second annual convening of the Center for Analysis of Postsecondary Education and Employment (CAPSEE) held on March 8, 2013, at Teachers College, Columbia University, researchers, community college administrators, and state higher education officials from around the country gathered to discuss methodological issues and preliminary findings from the first year and a half of research on labor market outcomes for a wide variety of postsecondary pathways.

In his opening address, CAPSEE Director Thomas Bailey noted that CAPSEE researchers have already made great strides in terms of data collection, coding, and cleaning. As a result, several researchers now possess extremely detailed longitudinal data on actual patterns of student course-taking behavior. Analyses of these data provide insight into the earnings outcomes for credential completers in a range of programs and for students who accrue credits but never receive a credential.

At the same time, Bailey noted, methodological questions persist around issues such as student self-selection into various pathways, how to identify programs of study for non-completers, and the limitations of student unemployment insurance data which, restricted to the state where the student attends college, may skew findings on labor market returns.

Belfield reported two results that were more surprising. First, there was not a notable drop in returns to associate degrees for students who completed their degrees during the Great Recession. Second, the analysis of both North Carolina and Washington State data show low returns to most short-term (less than one year) certificates. Occupational certificates have attracted a great deal of positive attention recently, but this has primarily been for certificate programs that last longer than one year. Peter Bahr, (University of Michigan) suggested that for many certificate programs, students enroll to prepare for occupational certifications, so it is not the community college certificate itself that is valued in the labor market. Students may feel prepared for the certification without completing all of the requirements for the certificate. However, the results on the value of certificates are preliminary, and CAPSEE researchers are doing additional analyses to gain further insight.

In later sessions, Bridget Terry Long (Harvard) and Adela Soliz (Harvard) shared some of the methodological issues arising in their study of student employment in Ohio; Shanna Smith Jaggars (CCRC) reviewed patterns of student employment and wages before, during, and after enrollment in Virginia, and Michal Kurlaender and Ann Stevens (University of California, Davis) discussed their research on whether and how California community college career-technical programs are responding to changing state and local labor market conditions.

State representatives in attendance shared some of the work they were doing around student completion and offered insights into the type of analyses that will help them as they pursue completion goals. Sharon Morrissey (North Carolina Community College System) stressed that her system would incorporate findings from CAPSEE’s research into student advising. Along with Jim Jacobs (Macomb Community College, Michigan), Morrissey expressed a desire for more information on returns for stacked credentials, earning an associate degree before transferring, and for specific programs of study. Jacobs suggested that CAPSEE researchers look into the impact of Pell grants on course and program selection.

Wrapping up, Bailey reviewed some of the key questions that have arisen as CAPSEE researchers analyze state data. Many colleges are moving toward stacked credential pathways—how valuable are they? How can we better understand the heterogeneous group of non-completers that serve as the comparison group for CAPSEE analyses? As CAPSEE researchers forge ahead, Bailey expressed hope that ongoing communication among researchers and states will continue to shed light on these and other questions.