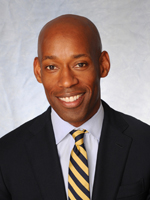 Michael Lawrence Collins is associate vice president for postsecondary state policy at Jobs for the Future. Over the past 10 years, Mr. Collins has led Jobs for the Future’s state policy work for nationally recognized student completion initiatives such as Achieving the Dream, the Developmental Education Initiative, and Completion by Design. He also leads Jobs for the Future’s Postsecondary State Policy Network, which provides access to the state lawmakers, faculty, and college leaders in almost 50 percent of the community colleges in the nation, educating over 50 percent of the nation’s students in public two-year colleges. Mr. Collins earned a masters of public affairs from the Lyndon B. Johnson School of Public Affairs at The University of Texas at Austin.