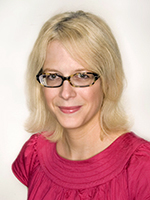 In 2010, Ms. Fischer was selected for the East-West Center’s Jefferson Fellowship program for reporting in Asia. She also is the recipient of Paul Miller and National Press Foundation fellowships and is part of reporting teams that have been honored by the Education Writers Association. A graduate of Smith College, she received the Poynter Institute News Reporting & Writing Fellowship for College Graduates, which recognizes outstanding young journalists.