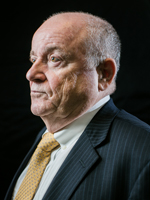 Anthony Carnevale currently serves as research professor and director of the Georgetown University Center on Education and the Workforce, a position he has held since the center was created in 2008. He has served as vice president of the Educational Testing Service (ETS) and senior staff in the U.S. Senate and House, and has received appointments in multiple presidential administrations. In 1993 he was appointed by President Bill Clinton to chair the National Commission for Employment Policy. He was subsequently appointed by President George W. Bush to serve on the White House Commission on Technology and Adult Education. Dr. Carnevale co-authored the principal affidavit in Rodriguez v. San Antonio, a U.S. Supreme Court action to remedy unequal education benefits. This landmark case resulted in significant fiscal reforms to equalize K-12 education spending in a majority of states.